From dream to reality and vice versa

Some are focused on reproducing full scale aircraft as closely as possible. These are model builders. Others subtract or add seconds from flight times, flying a racer or a sailplane. These are competitors. Others perform a unique and ephemeral dance with their model, to fit into a beautiful landscape. These are acrobats. To achieve such a dance one must undergo an initiation, together with a discipline. As discipline is out of style today, we seek a sportier term. And, as initiation is a archaic, so too a more current term is needed. From impoverishment of language, it is challenging to name the slow progression of a beginner toward knowledge, to mastery, and finally to something approaching perfection.

It is first of all a game:

In a learning process one has benchmarks to encourage and to measure progress. The marks give freedom to those who use them. They define limits to be exceeded. As a map shows us a representation of a path to follow, aerobatic maneuvers are as a map for mastering flying skills. It is then our choice to walk on the road or off the road. Piloting is primarily a game. Spontaneously, children at play adopt rules and benchmarks to spice the game, to test themselves. The novice pilot quite often questions his progress. One knows one has a lot to discover. Not being a skilled pilot, do not compare your skills too much with others just as a child learning to walk would be hampered by watching the landscape ahead. Such comparisions are not very comfortable and can sometimes disturb progress. We are always the best when we are alone, but only competition will reveal harshly the truth.

It is primarily to beginners that I dedicate the following essay which classifies the learning stages in flying sailplanes. It may be that others will follow a parallel path. I hope that they too will benefit from this essay. I limit myself to sailplanes, as this is the area that I love and which provided me with powerful emotions, which have deepened each year with new shades, new melodies, and new forms. In this essay I have chosen to write in the first person as it is a dialogue with myself, where the reader can praise or blame yourself without other getting involved. I counted seven steps that lead gradually to a certain fullillment.

I try to bring the model to the ground without breaking it. I react more or less quickly to try to counter attitudes that I consider to be dangerous for the model. At the beginning my control inputs amplify disorder and increase the risk of crash. This is because the left and right are reversed when the model is facing me. It is also because of my ignorance of the basic aerodynamics laws that rule how the model is flying. Finally it is because of the difficulty of anticipating the future path of the model whatever the attitude of the sailplane is. This level can be mastered quite quickly with some basic precautions: I use a robust model, as crashes are inevitable. I launch the model sometimes on left sometimes on right and I learn how to land the model back at my feet. I get advice from an experienced pilot in order to discover the magnitude of the control inputs and their timing. I select a model that flys slowly; that is easy to repair at the flying site; that has effective control surfaces without too much inertia or too many bad habits.

I discover the magic of flight on a slope or on flat land with a buddy box. Alone, I would be likely to break the model too soon, and especially to not understand what errors I am making. I began to steer at constant altitude and precise heading. The purpose and the end point of the flight pattern is planned in advance and I follow the plan as closely as possible. I learn to master recovering from a stall and my turns are performed at constant altitude. The fuselage remains horizontal and turn exits are just in the right direction without visible action to correct any drifting. I can land the model close to myself. I can transition from flying with rudder and elevator to flying with rudder, elevator and aileron and vice versa. I know what are the direct and the induced effects of the control surfaces. I am no longer turning my transmitter as if I was in the model. I began to visualize the space around my flight pattern. I know how to reach thermals further and further away, and when I fly from a slope I do not panic when the glider is below the horizon.

I launch my model alone at the slope and know how to bring it back safely. I also know how to land with a slight turn close to the ground in order to put the model into the wind, if the slope permits. I’m bored making only horizontal eight and want to use the altitude gained to perform aerobatics. I know how to perform lazy eights. I perform loops that are getting wider and more consistent; I finish them at the starting altitude, with level flight clearly marked at the beginning and at end of the maneuver. I discover the elegance of hammerheads, then the sequencing of loops and hammerheads. I still imagine myself in the model, but the inversions are getting rare. I still need to think carefully to perform a maneuver, but I know already how to position the maneuver without putting others in danger. I monitoring others models in order to predict their flight and avoid collisions. I approach vertical aerobatics by the spin and I can perform it in both directions. I can count the number of spins performed, and end the maneuver in the desired direction in order to chain it with another maneuver. Finally, I loose very little momentum in performing simple maneuvers.

I want to do more than simple aerobatics, and get interested in flying inverted. At first my attempts are shy and my corrections are excessive. But soon I discover that I must push moderately and especially maintain the speed of the model. I begin with a half loop that I follow by inverted flight, first heading toward me, then sideways and then finally in both directions. Inverted flight opens up the field of rolls. At first are performed quickly, to secure myself. Then I slow them down gradually, performing imperceptible corrections that lead to a regular rotation on a horizontal axis. I perform rolls with less and less loss of momentum, if my model allows it, at nominal flight speed. I perform rolls moving away from the slope, then parallel to the slope, in each direction and then center them in front of me. Finally I perform them heading to the slope, and then change their pace. When I circle in lift I do not stall. I change the direction of my circle for the eyes pleasure and to test its effectiveness. I’m starting to chase thermals far and further down. If I do not find any lift, I immediately change area and transit to another area.

Flying inverted is natural to me, a mirror of the classic flight. I master composite maneuvers, four point rolls. I look the glider flying, without ever doing inversion. I change the speed of the plane and the pace of maneuvers according to my fancy. My preferred maneuvers are composite maneuvers. I move away from the academic aerobatics to a freer musical aerobatics. I seek competitive situations. I evaluate the performance of my different models and aerodynamics is no longer a fantasy for intellectuals only. Aircraft settings are evaluated and tweaked according to the flying feeling and observed performance. My center of gravity is suitable for the desired flying style. I’m seeking neutral behavior of the model rather than stability. I always look for more precision in snapped maneuvers, positive or negative, mainly in the way that I can stop them. All maneuvers which start inverted also end inverted and are perfectly aligned. I switch between large amplitude maneuvers and high acceleration maneuvers. I can still perform aerobatics when others have to land as the lift fails. When I land, it is after returning from below the horizon, or to charge the battery!

I especially enjoy flying when lift is sporadic or with high winds, without needing an audience to induce daring. I perform maneuvers close to the ground and do not end flat spins or snap maneuvers before reasonable limits. The model seems driven by an invisible silent engine as its speed seems consistent. I circle very close to the slope and love finding lift very close to cliffs. I trigger inverted slides from partial snapped maneuvers. I enjoy the natural eddies of wind on the ground to extend the movement of the model without try to counter it. The controls on the commands are invisible in flight and the glider seems autonomous, free and without a driver.
Yet it lands on the slope accurately enough to impress a connoisseur, as the controls are smooth and the path well chosen. I no longer think in order to perform and complete maneuvers. I can chain ascending and descending vertical rolls, regular or snapped. Boldness is not a goal, when the glider would be instantly destroyed by any mistake.

I no longer fly academic maneuvers, but a natural acrobatic dance. The pilot no longer has the feeling of driving a model. There is no model; there is only air sliding around the wing and the fuselage. Nobody is in charge. There are no more commands, only space around the glider. The mind knows how the air caresses the wing, how the wing slices the air, when the wing and air split apart. No more high or low, only curves and vibrations, slaps and silence, time flowing and fusing. It is no longer piloting, but music, an intense movement. The model again and again performs aerobatics. Mediation of the transmitter, flight gestures and technique have disappeared to make way for the primitive pleasure of blending space and Wind. 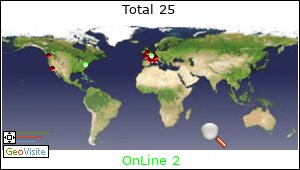